so much has happened. eugene, surprisingly inspiring for me. i spent 3 months here, and once i gave up on the idea that i would or should get a job, i welled up with creative ideas. plus, PLUS, i arrived to adventure buddies, and adventure we did!

first off, i don’t want you think i barged into my friends’ lives for 3 whole months. i have my faults, but that i did not do. i did reach out to the local hostel and did some work-trade for a bunk, so i guess i did sort of get a job, but it was 4 hour shifts 5 days a week, so not so bad. and it was super easy for me to request to work/not work certain times to go adventure. also, i met even more people moving around this world in different ways for so many reasons, reasons i will be exploring in many ways. 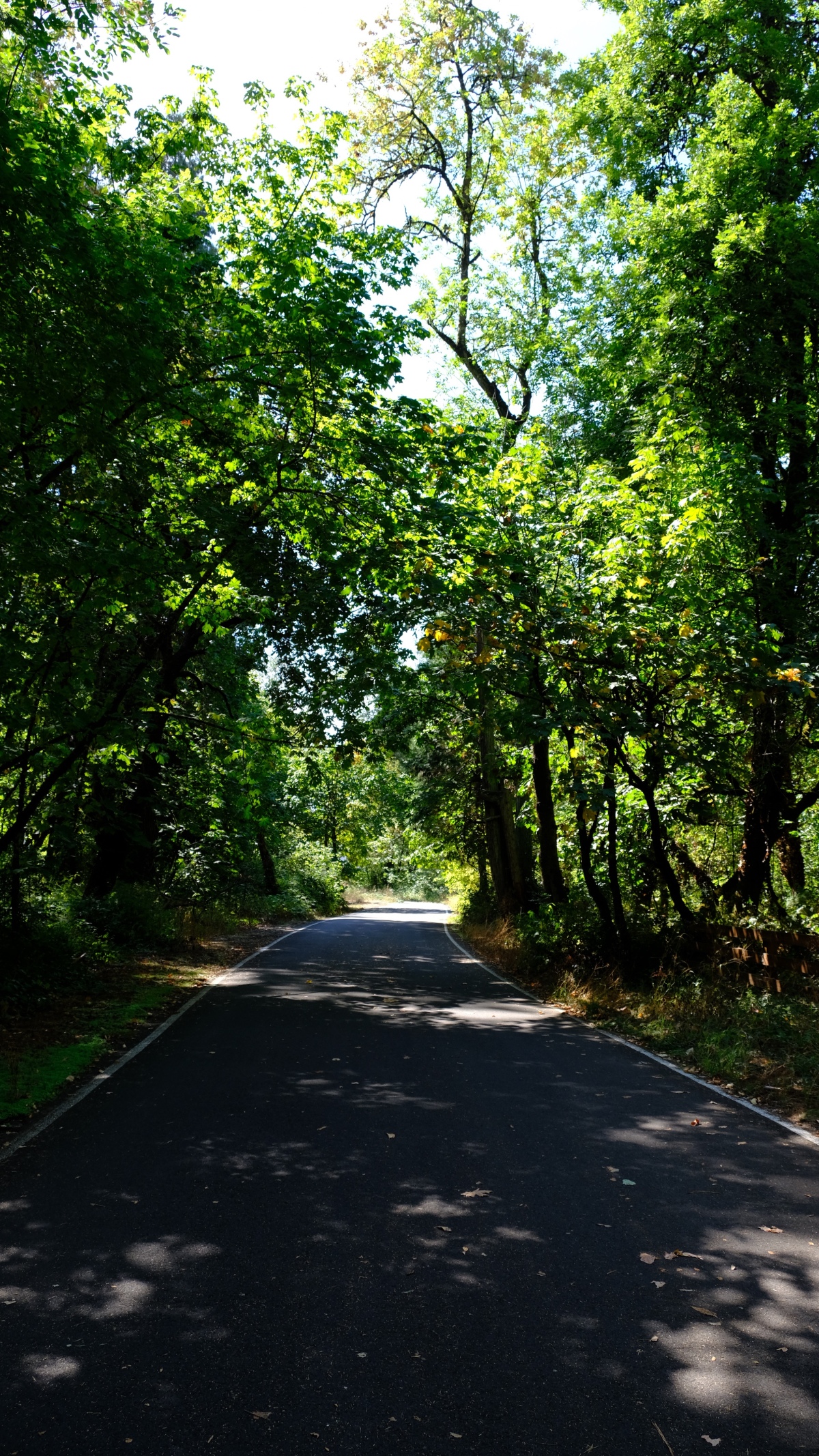 as for the creativity that opened up in me once i recovered from logistics hangover, i am still amazed at how much i am giving in to it. it could be the space i am creating and plans i am laying out so that i don’t spend precious mental space worrying and fretting. but i have started having dreams at least once a month about ideas and directions that i want the book/story/potential series i am working on. things i haven’t been able to work out during waking hours.

i have also taken the time to teach myself how to draw, or should i say let youtube videos teach me to open up to the possibilities that i can create with pencils and pens..maybe water colors. i have never let myself do this. art supply stores intimidate me. i have looked at art classes, but was shy and afraid of not being good enough to share, and they always make you share.

so i have taken one of my dry bags and filled it with my journal, sketch pad, and a pen and pencils…my little art bag. it is so fun. sometimes when i am on a hike or some such fun activity, i don’t always want to write, or the words won’t come to describe my thoughts and feelings, so i draw it. i has effected all aspects of my expressive outlets. my photography benefits as i adjust for lighting or looking for the small details. same for my writing. if i am imagining a scene to write about, i can sketch out not just what i see, but people, lighting, feeling tones for the place come to life sort of speak and fill in what i’ve been missing. its great! also, it is yet one more thing that i can use to procrastinate what i am “suppose” to be doing now. so win win! 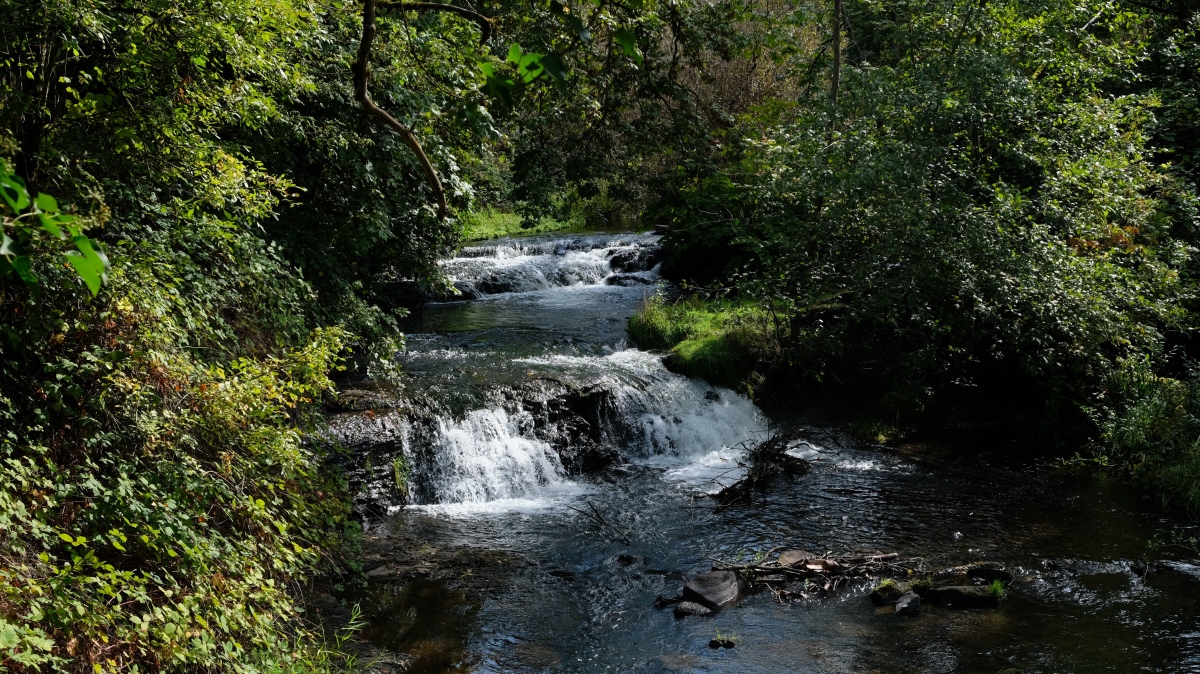 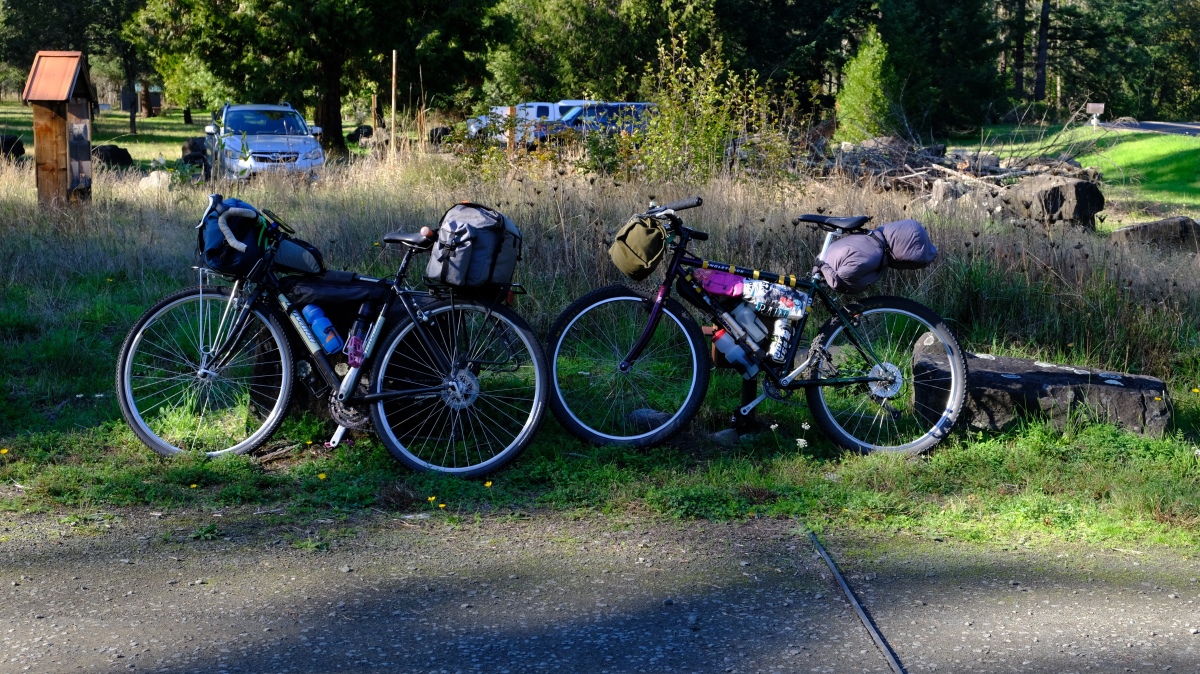 first, i got there and eugene was having a late summer pride event! it reminded those of us who came out in the 80s and 90s of those smaller community prides we use to have. ones that were free instead of 20 bucks or more and use local area entertainers instead of big names that blow the community’s budget for other things. i do appreciate both for different reason, but definitely love the smaller community feel. 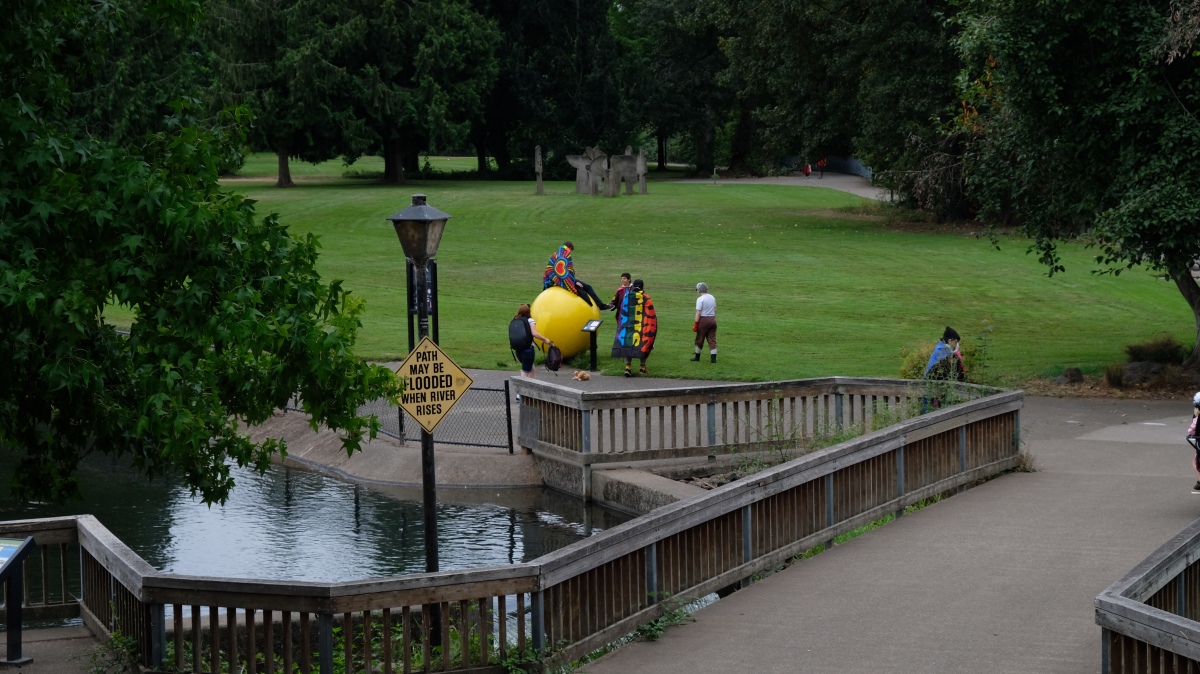 my fellow bike adventure friend took me on a bike path tour one day. showing me how to get to the river trails, what streets are good for getting to favorite breweries and bike spaces. then he left to visit family and left the two of us alone to mischief. the other pal in this crew is more of a walker, so we walked all over the town. he showed me how to get around to the parks and buttes to walk and wonder. we went to the museum, heard some music, and he introduced me to some of the friends the two of them had made since being in eugene. this was the first time the 2 of us had so much time with just the 2 of us, that we really got to know one another even deeper. such a special time i can’t even express.

the adventures i had in eugene were mixed with solo and buddies. it has been so long since i had an adventure buddy, i forgot how much fun it could be. the adventures i had with my friend in kansas city was remarkable, but it was piece of my longer plans. also, with all the flooding, the planing was different. so planning micro-adventures with someone was just so fun. 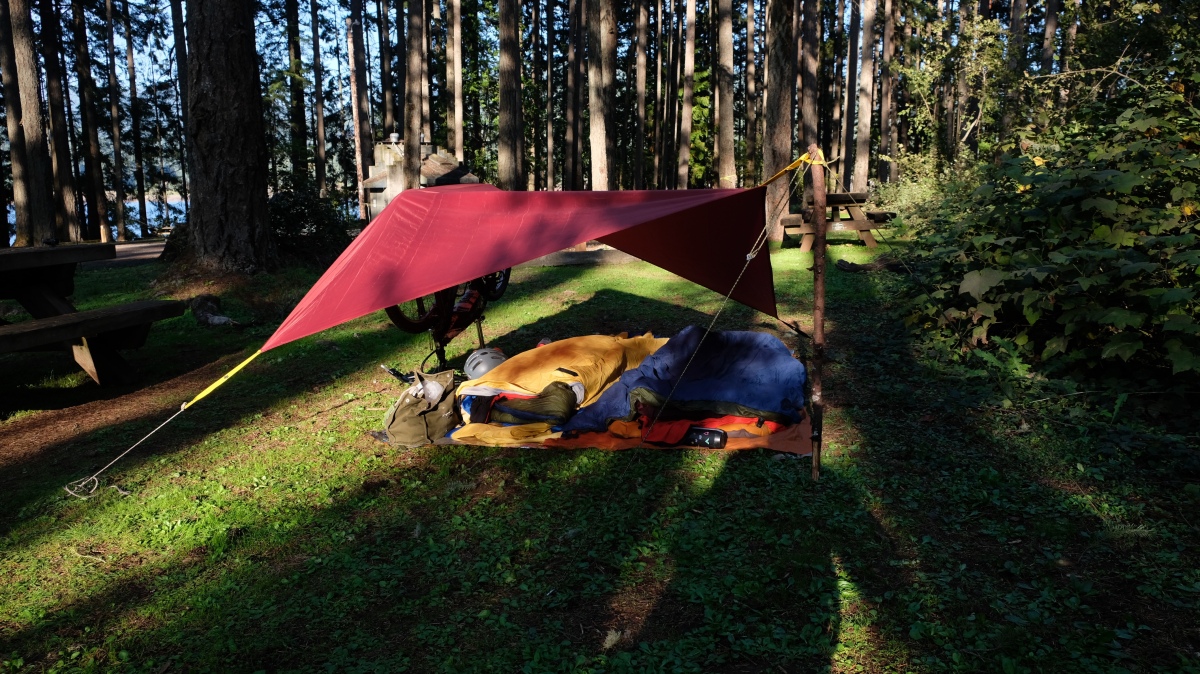 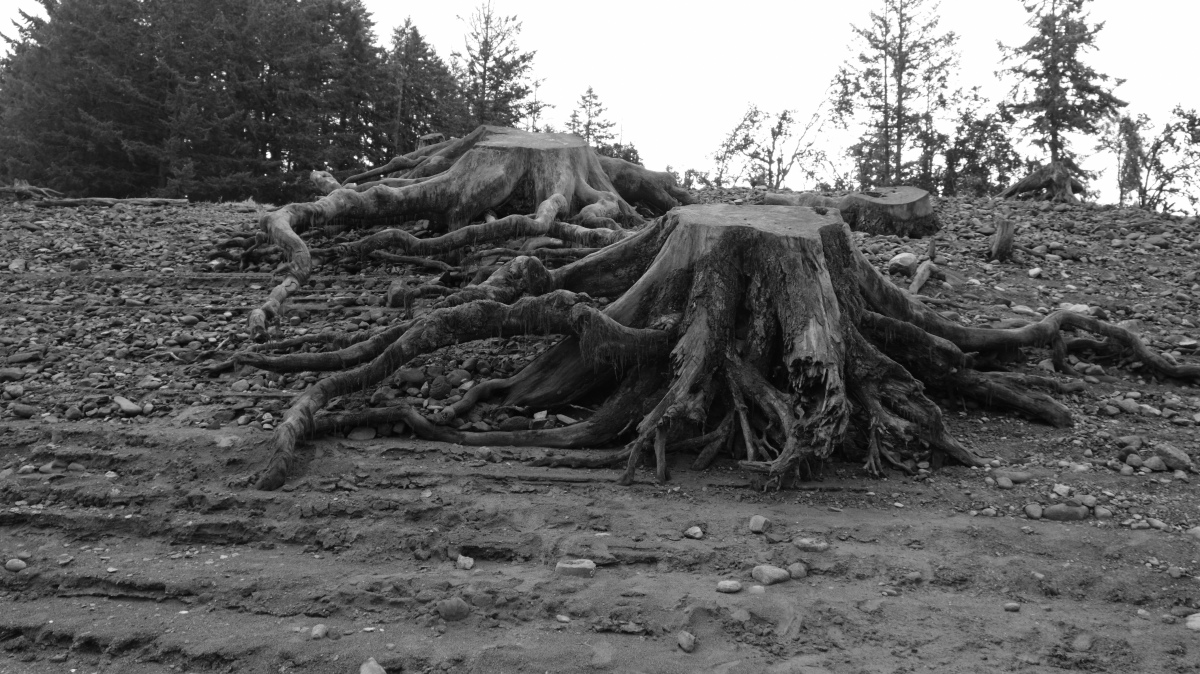 eugene does have a wonderful public transit system that reaches out to nearby communities, including the mckenzie river ranger district, so i took a couple trips out there to wonder the river woods and hot springs. we took the bus down to cottage grove to bike the covered bridge route and play around those little towns. all for the cost of a regular bus ride of $1.75 or $3.50 for a day. i also rode my bike out to springfield fairly often for the fun of riding the river trail out to have a beer or for big queer yoga on friday nights.

i can’t say enough just how beautiful this valley is. how easy it is to so any different unique nature places from ancient forest to high deserts and mountains. hot springs and ice cold rivers.

i do have to say getting back to the trails up and around the sisters wilderness was pretty great. my buddies had decided to get in a backpacking trip before school kicked back into gear for the year. so we decided to rent a car and i would drop them off and we’d camp out together for a night. then i would get another car and pick them up and we’d have a little hike and adventure on the way back. there had been a fire recently where i walked them into the start of the loop they were doing. it was eery for sure, but still so beautiful. i feel fortunate to have experienced this forest in both situations, and to see the freshness of the fire mixed with the growth already returning. it was so soothing to be back up there smelling those piney forests and absorbing high altitude sunshine. catching the views of the first snow setteling on the peaks of the sisters’ peaks.

sitting by those high altitude lakes i was able to do more internal exploration of what is my responsibility to these areas that i both recreate in, and have reverence for. it is where i am refreshed, renewed, and fills me spiritually. it is a deep relationship that i feel whatever “wilderness” i am in, and it should be, needs to be a reciprocal relationship. so what is my responsibility? what do i have to give back to these forms of kin?

settleing in eugene for the winter is certainly a tempting thought, but there are many dark sides to this little city, besides nike. certainly here was the first time on this trip i truly felt unsafe. it was the topic of many conversations i had here. it was a tough topic to talk about because it could go in many ways and we wanted to make sure that people knew that we weren’t talking about the fear of the high rates of houseless folks living on the streets and in tents by the river. it is mostly in white men and not just the drunken frat boys. there is a high rate of people on meth and other drugs that are unpredictable who will do about anything for their next fix. it is a complicated topic that goes deeper into a myriad thread of our social ills in this country.

on the flip side, i think that being in eugene was more of a coming home than being in portland for a few weeks, but we’ll talk about that when i do a portland adventure wrap up. but that will be after our overnight to the coast #optoutside!