early on in this adventure i was offered an opportunity to cat-sit for 3 weeks in portland. it would be an opportunity to maintain the budget just a little longer, catch up with some pals, check in on one of the very few cities that feels like home, and hang out with 2 wonderful cats. we checked in around august and i felt pretty solid that it could happen baring any unforeseen events. i am not good at committing to things that i can’t 95-100% know i can do.

so it became a full go. plans were made, or at least outlined. an adventure buddy in eugene nudged us into planning to bike to portland together. knowing the rains and lower temps were coming, we thought we’d make it fast and light by staying in hotels. but i thew a wrench into our plans. even if we allowed ourselves 4 days to go 140 miles, we were going to have to ride in some pretty cold early mornings and into cold evenings, giving that the sun is down by 4:30. then. plus, on the way to their house the night before we were going to leave i almost got hit by a couple cars and rammed into another that first cut me off and then slammed on their breaks right in front of me, forcing me to turn sharply and slam into the side of their car. it felt very purposeful and not at all like oops. to me this all felt like some kind of omen. and, as ridiculous as it seemed, our cheap bike ride to portland became more expensive than bolt bussing it up and staying at the hostel in portland and cruising down memory lane.

but we still had to have some adventures! they had already taken the days off, so we did what i have called the slacker triathlon. the first day we biked over 30 miles to an orchard, had a pint, biked back to the closest town, last on bus route, had a snack and got home in time to make dinner. the next day we took the bus out to the mckinzey river, quickly hiked (for the run) to the hot springs (for the swim), then hiked back to the ranger station to pick up the bus to take us back, but not before finding a comfy spot by the river for our own creative’s happy hour where we indulged in snacks, whiskey, writing/drawing/photography. while we sat here bathing in all that engulfed our senses, an eagle flew right in front of us, gliding just above the water, the only sound being its wings. neither of us moved for camera or anything, we just took in the magical moment. this may have been the closest i have ever been to a bald eagle.

eventually the day came for us to pack up a small bag and hop on our bikes to catch the bus to pdx. it was a beautiful if cold morning. our other pal met us down at the coffee shop stop before boarding. the ride was uneventful (thank you travel spirits) except for seeing some of the largest flocks of geese migrating through the fields.

we got into town around noon, just in time for the first meal! so up to alberta for the bye and bye (the first all vegan bar i’d gone to when i moved to portland). it was warm enough to sit outside in a sunbeam. we spent the day biking around the east-side until it was check-in time then we walked our old haunts, drinking beer, playing pool, eating good meals, lots of people watching, and good chats.

eventually we made our way back to the hostel for a good nights rest. we wanted to have coffee on the “veranda” outside our room, but it was misty and cold so i just watched through the window as we woke enough to find our way to a favorite brunch spot. we both ran around meeting people and taking care of things until it was time to meet-up again in ne-po. we. stayed with other friends, were fed amazing foods and drinks and just extremely well cared for. in the morning we eventually parted ways, me off to the cat gig, and them more people and business before the return to eugene. suddenly i was left to my own devises in a city, the first city, maybe the only city, i have ever considered home. 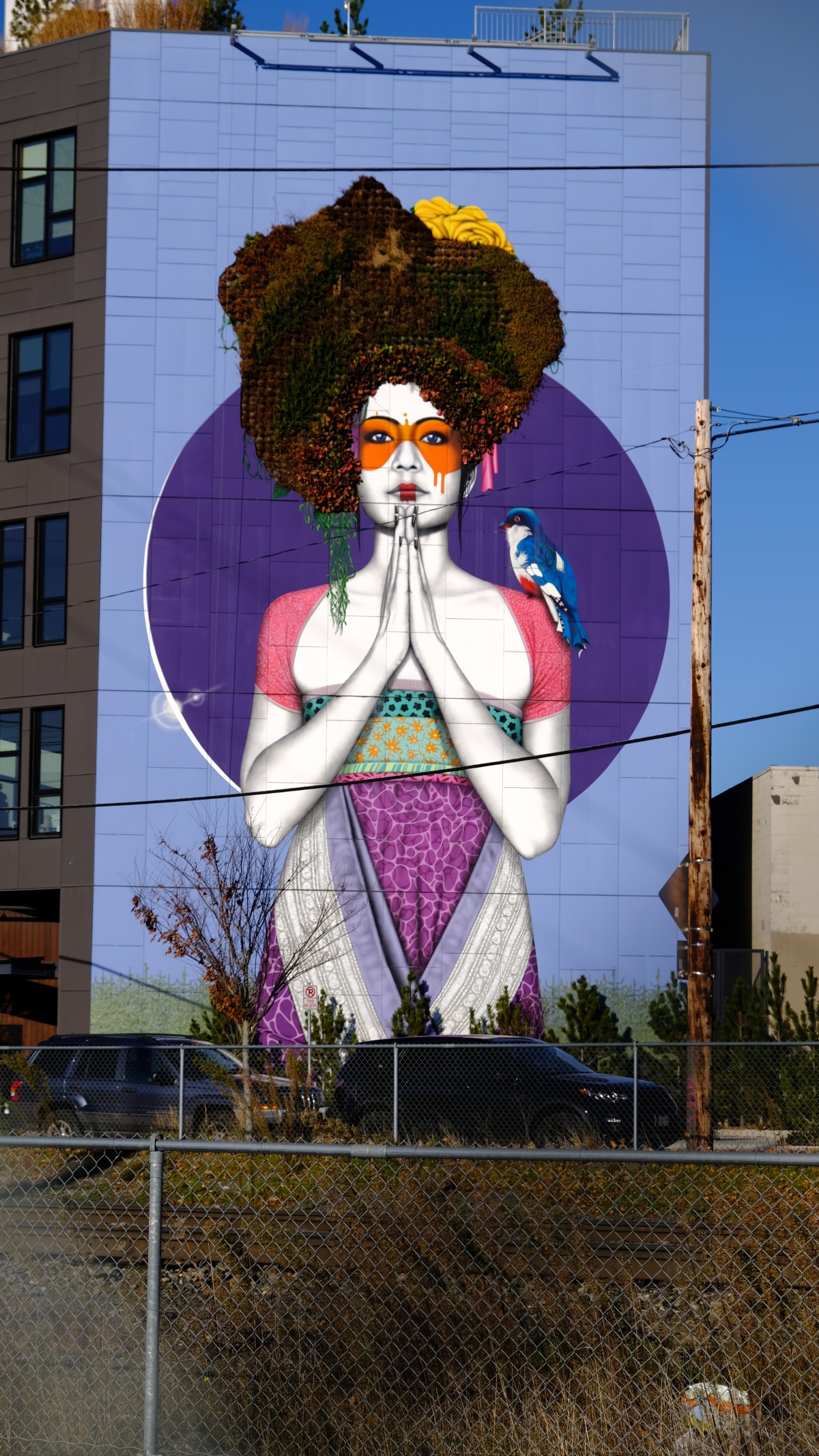 i got 3 weeks in portland. was it a homecoming or a farewell reckoning? both? 3 weeks was a good amount of time to enjoy some solitude while not feeling rushed and hurried to see all the people and places i have missed. yet it was quickly time to book the bus back to eugene and then a train that will take me to my next chapter.

it has been over 2.5 years since i left portland, it feels like a lifetime, and it has been for me. coming to and leaving again has been a kind of internal reckoning. i’ve made the right decision. portland is amazing, but it no longer feels like home. (the determining factor might have been discovering the cell phone tower on top of mt tabor! i mean what the hell folks! one of the many great joys of being up there was being in the middle of the city and not getting reception; a way of getting away with out going anywhere!). places and people grow and change, not always together.

i was so happy to see my friends are doing well, thriving in-fact, even if times are troubling and occasionally challenging. children are growing, or about to be born. people are experimenting with what they want to do or dream about how they want to participate in this world. it is exciting and wonderful to get a glimpse of what folks are up to. naturally there are people i missed or wish i could have seen just one more time or a little longer, and the “oh i forgot to ask them about_____”. but that is why we are pen pals. 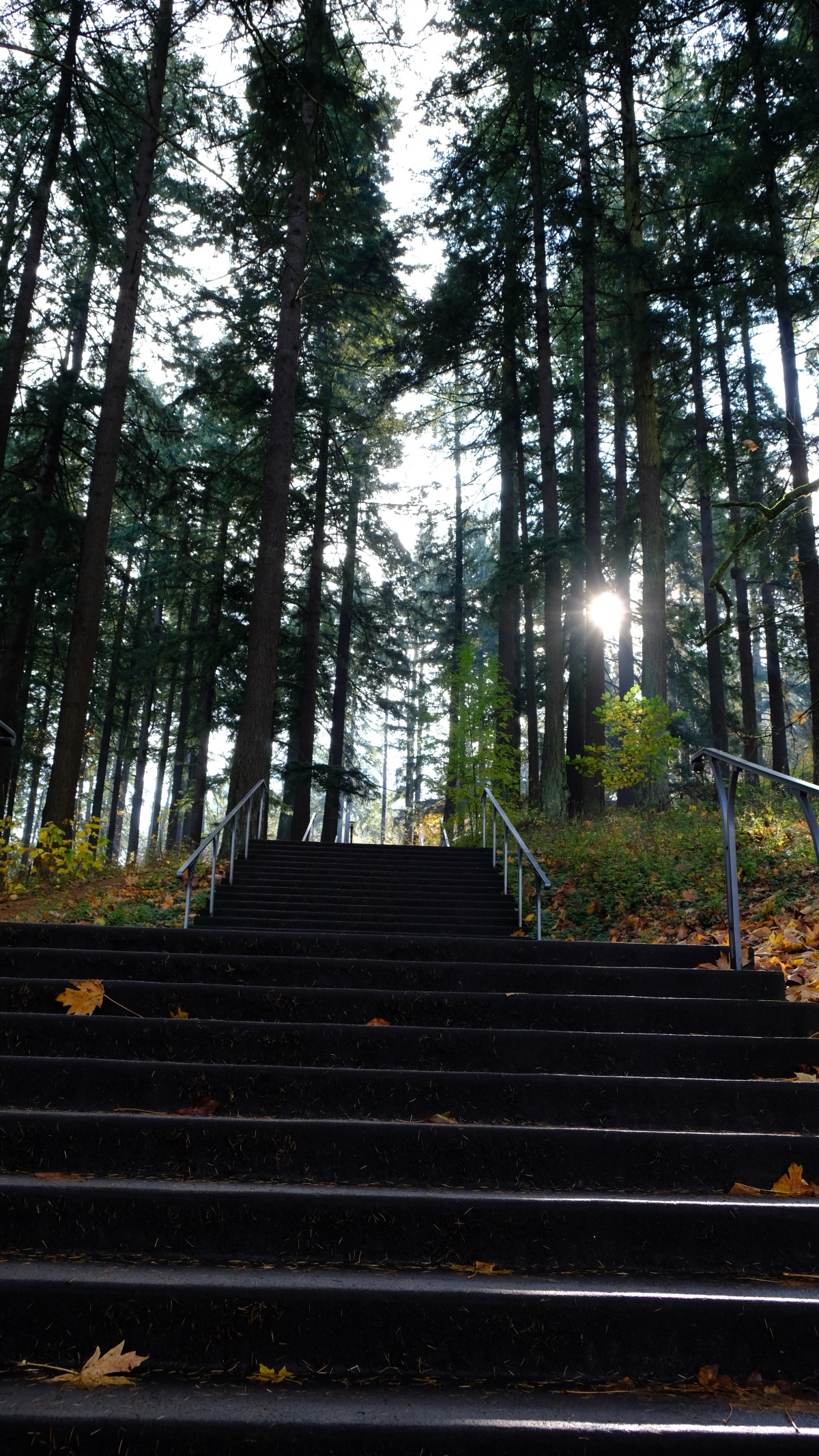 i feel like the downfall of traveling away from those i love and care for is i miss those moments of kinetic energy for change or inspiration for the next thing, the next burst of inspiration. i miss one friend in particular saying “so i had this idea….” and of course they are still having those moments, and so is everyone else. our culture has a habit of comfort and connivence of putting people in boxes and groups, and allowing little room for movement or change. but who wants friends who are so predictable and boring? not i! and thank goodness that mine are not! i look forward to see and hear where we all are the next time we are together. i am still trying to think of a time and place for us all to meet for a summer gathering. a place for us to all camp and eat and recreate as we catch-up and share adventures, plans, and dreams.

so wether we got to meet this time around or not, thanks to y’all for being out there doing the good work, and being amazing beings! i know i couldn’t do what i love to do they way i love to do it without all of you doing the same your way!

cheers, hugs, and high-fives to all!