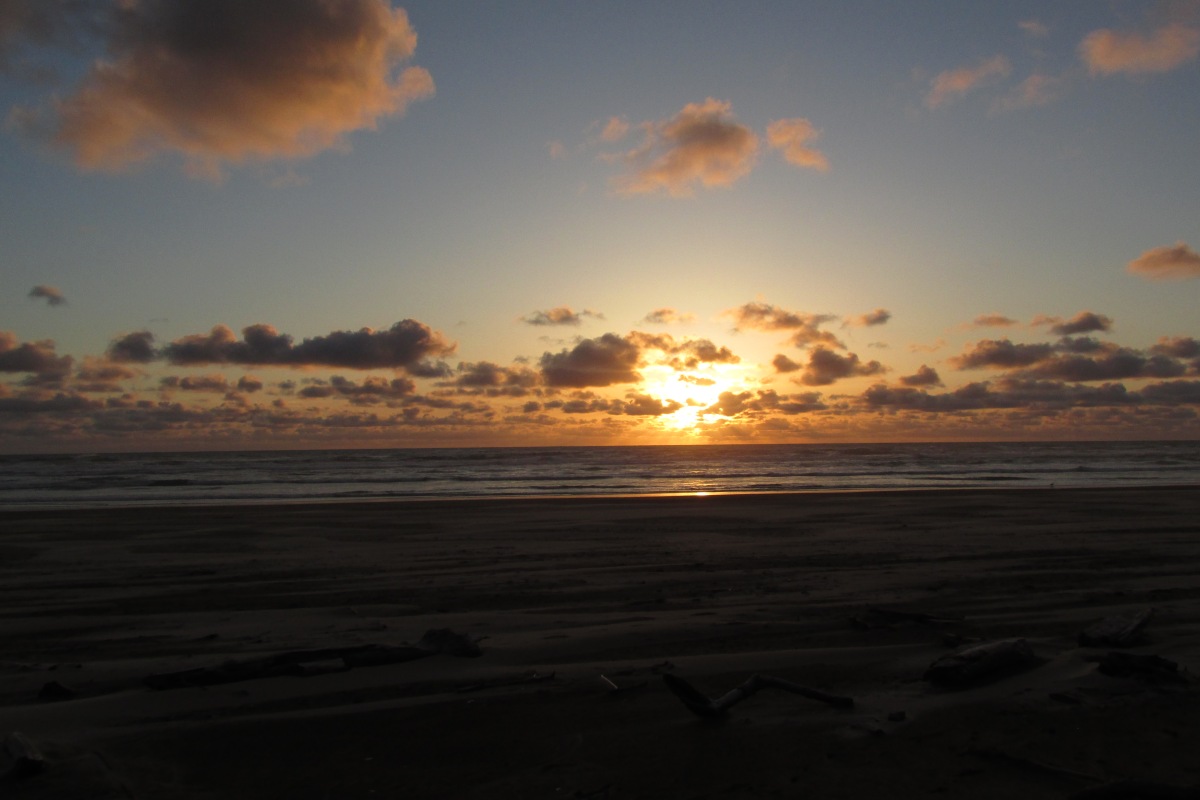 it should be mentioned that i have put off  the wrap-up of the oct because i still hold some frustrations. it’s not the trail’s fault, really. i’m sure if i attempted it in the summer like most people, it would have been a different situation. i do feel that walking, eating, sleeping, catching rides for a month beside the pacific ocean has been a kind of re-birthing process for me (how many times do we do this in a single lifetime?). i’ll talk here a little about the logistics of the oct and also the effects of the trail on me.

when i first starting talking about the hike around the country, i didn’t really consider this trail. i like strolling along the beach, not so much walking several miles a day with 40 pounds on my back. but early on, a pal suggested it mostly for the beauty of the southern oregon coast. i dismissed it as no, the pacific northwest coast and i are not close friends. i love the ocean and the beauty of the coast. yet, i prefer ocean shores that are more inviting for co-mingling. i love to swim in an ocean that does not require a full wetsuit.

as winter just kept dragging on and on, and spring was just an extension of a pnw winter, i caved. i needed to leave portland. i really needed to leave the co-op, and here was a trail without snow, low elevation (can not get too much lower than sea level and still be on land (yes, there are a few exceptional cities to this basic rule and more as sea levels rise). i used this trail as a tool, a resource, for taking the leap away from my life in portland.  because it exists i was able to leave…to walk away. and that was a great lesson. ya’ gotta know when to walk away. and for this, and this alone, no matter what i say from here on out, i will be forever grateful to the oregon coast trail, the national coast trail and bonnie henderson for all their work and easy access to all the resources one might need. 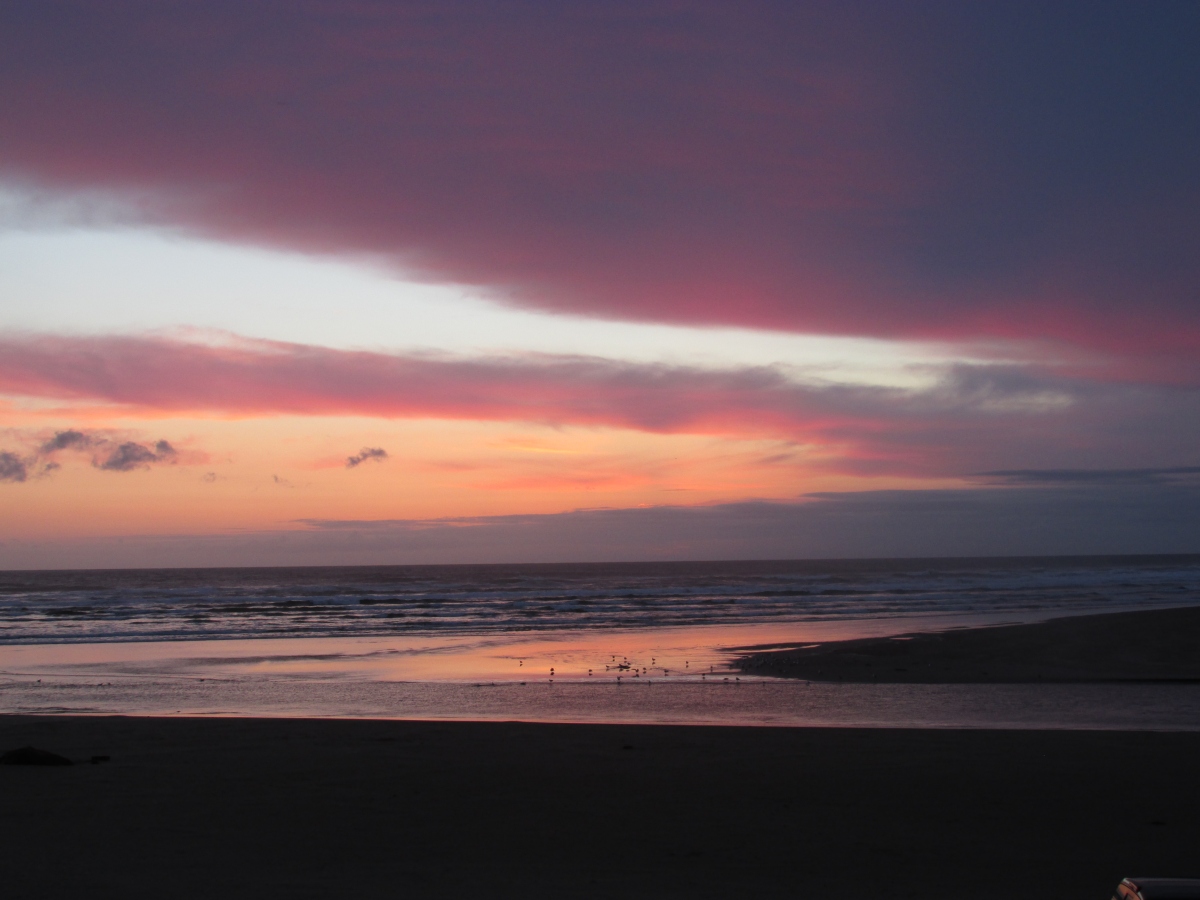 before i start talking about all the reasons i hope to never hike this trail again, let me say, they all suggest hiking it in the summer. as in full on oregon summer… not april or may when winter storms are still making their way inland. summer is a great time for the coast trail whether it is for an escape on a hot weekend, or a hot month.

like i said, i hope to never ever hike the oct again. i would go back and do sections that i couldn’t because of landslides and closures, but as a thru-hike, it sucked. walking that many miles a day on hard-packed sand is not that much different from walking miles on asphalt, which there is a great deal of as well. add this to having sand in everyfreakingthingiown…still! i still find sand in things i have cleaned multiple times. and sand is hard on gear, especially zippers and shoes/socks (and that translates directly to the feet). most of my days were rainy at some point and almost always cloudy (for some reason the sun would come out on days i decided would be rest days). the temps stayed in the 40s or 50s most days, and that was super pleasant. i don’t remember really being cold except when i was tired or grumpy, or the wind was exceptionally harsh on my wet being.

what really got to me. what would sap my spirit…the inability to keep my feet dry and healthy mixed with all the road walking. i should have probably realized this was going to happen and had a pair of road running shoes to balance my minimalist trail shoes. but let’s face it; 10 miles on asphalt with 40 lbs (probably more on food supply days) is not a pleasant stroll. the days i got to actually walk on trail trail (like the amazing venture through cape lookout and cape perpetua) i could really feel the difference. my body and mind soared. unfortunately these moments were few and far between. two of the capes i was really looking forward to were closed due to landslides and downed trees.

but i have to say, when things were nice, it was amazing! those days are engrained in my mind. why our minds remember the tough days most(i know evolution and survival and all that, but still) i don’t know. the days where i just laid in the sunshine, walked under brilliant blue skies, sat on a drift log as the sun set, went for a middle of the night stroll because the full moon kept me up, the sky alight with so many stars, the days i walked unencumbered with logistics of things i don’t really care about like a job, trump, the drama of some rediculousness. it was amazing. sure all that gets replaces with other logistics like food, water where i will sleep, does that weather and tide alert pertain to me? but its different.

you know what was great? i really never had to think about where i was. sometimes i would look at the gps on my phone, and the little blue dot would have me off into the ocean… i liked that thought. the only time i had to think about being on or off the trail was if i had to maneuver my way around town, or the sections where the cliffs made it impossible to stay on the beach. this happened more in southern oregon. that left me more open to process all the things that i had just let go of and contemplate the things i really want to focus on in my life. i could really clear all the parts of me and myself. it is super-duper duper hard to get lost on the oct.

that time and space left me to think these thoughts: why is it that those moments of important, basic life needs in today’s society become trivial, and those trivial things, like work drama take the lead roles in our energy attention? i know, i say this with a great deal of privilege, but these daily decisions, decisions i would check in on with myself and maps and various resources on a fairly regular basis every day, seemed like no big deal. i mean sometimes it was. some days i did not leave my shelter, and thanks to the pstyle, i really didn’t leave the tent! also, i went through at least one town almost every day. if i really needed food or shelter, i could find it…with enough money. i was also able to access the great shuttle system on the oregon coast! this got me though so many difficult sections when there wasn’t a good place to camp for over 20 miles, roads washed out from landslides, or the weather had been so craptastic that all my gear was on the verge of wetting through. thanks to great gear, i only had one day that this was a strong reality, and i took a shuttle to a hotel to dry it out. it had been raining for days and not letting up and the floor of my tent had finally had enough, so i made a call, found a bus, and got a hotel room. one plus for me with the pnw having such a wet and cold winter/spring? the coastal towns had a really tough winter and were willing to make great deals for rooms, and there was always a room ready no matter how early i showed up.

another plus for the oct… the people! i met so many amazing people! and i don’t just mean people who shared their precious well water, or gave me rides, bought me dinner and beers. but all the conversations and stories that went with those moments. with the news/social (suckcial? i’m working on it suckbook?) media, one is led to believe that people are horrible. that we can not find a common place to land on the major issues of our worlds. on one of those sites, an indigenous one, was a quote “what if i told you the left-wing and the right-wing are on the same bird?” and that pretty much sums up my feelings about our national politics. anyway, i was not sure how certain situations were going to go down, but the one’s where i actually got to talk with people…so good. strangers in cars with not even eye-contact…whole other story!

so… would i recommend the oct? i would if…you really really love the idea that the whole coast of oregon is open to the public! yes, this is fantastic. if you have plenty of money to pack really really minimally, or slack-pack and stay mostly in hotels and can afford the higher costs of food and such on the coast. i ate some shitty skippy peanut butter and cold white flour tortillas. do it in the summer when the coast is a super respite from the hot valley or desert days. if you don’t mind hitching or walking the long moments of road time, or picking up a shuttle. if you know people you can stay with along the way. or if you just have an itch to get going and you can hear it call your name! and you want to see alien species like this, or impermanent art. 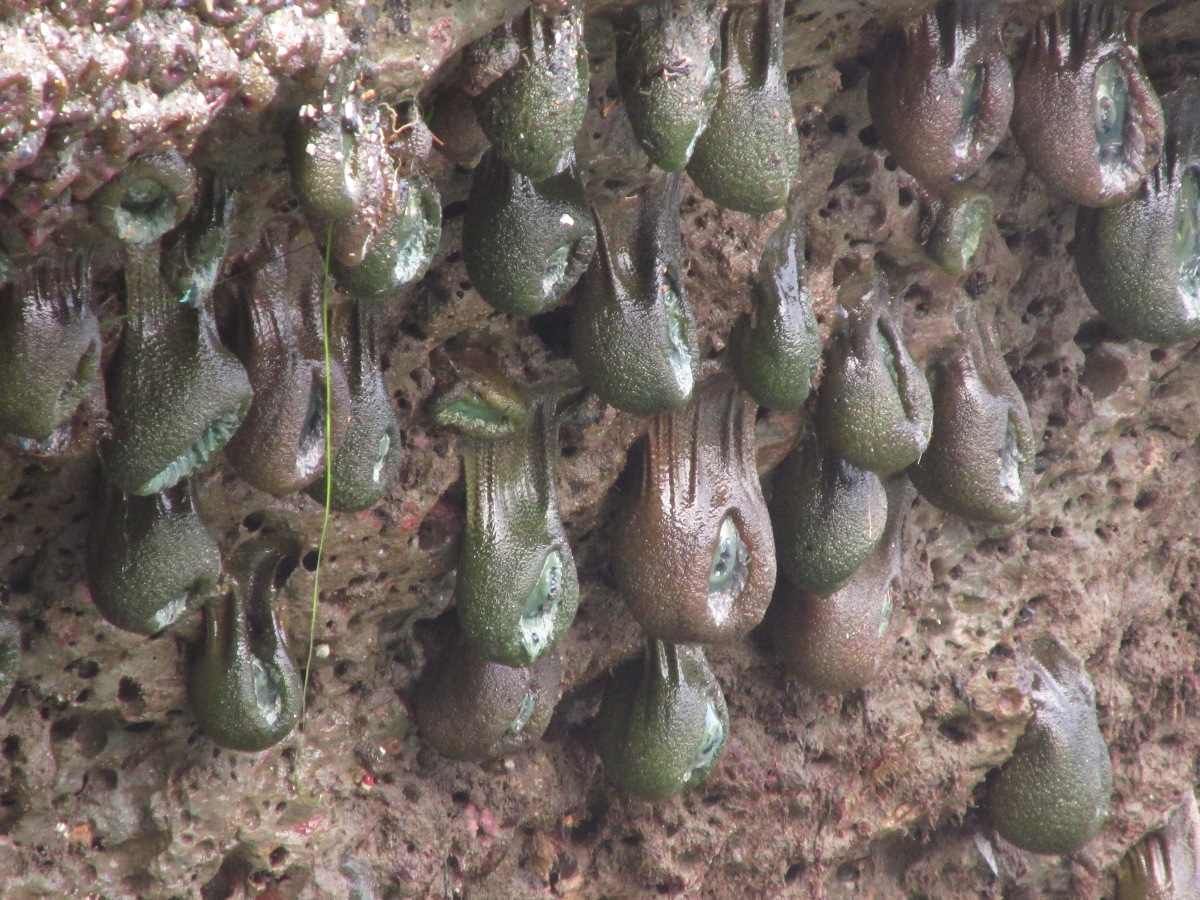 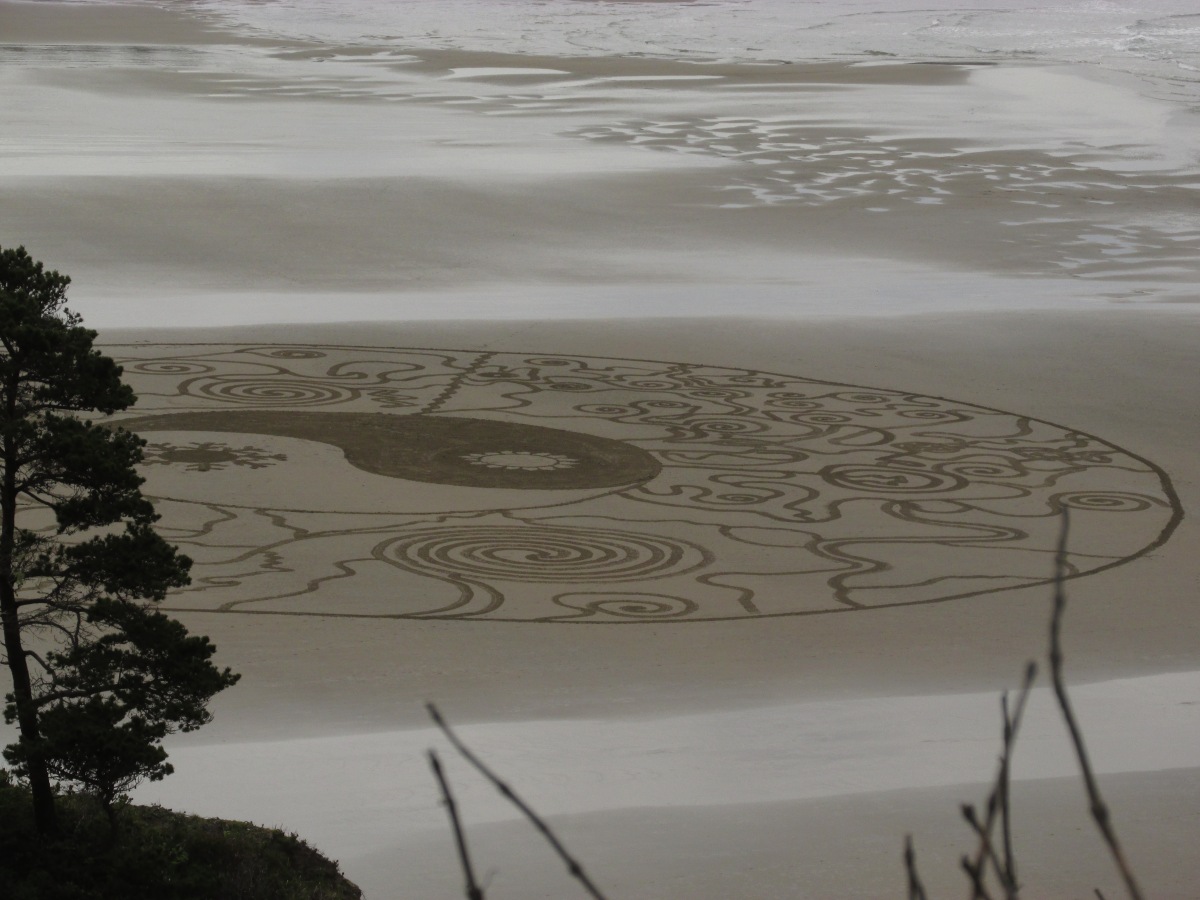 the ocean is great company.  the ocean is a favorite teacher of mine. i regret nothing of this adventure. i am also happy to be somewhere else.

Connecting the Stories of Veganism Through Color